Home » About Us » About Hulamin 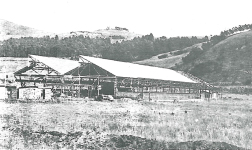 The origin of Hulamin dates back to 1935 when Aluminium Limited of Canada (Alcan) opened a sales office in South Africa. This was followed in 1940 by the registration of the Aluminium Company of South Africa. During and after World War II, demand for semi-fabricated aluminium had grown to the point where a first aluminium rolling mill was opened in 1949, on the current Pietermaritzburg site. 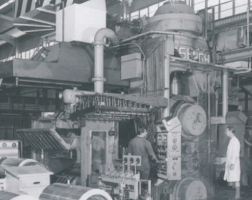 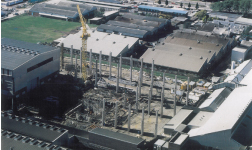 In 1996, the boards of Hulett Aluminium and Tongaat Hulett approved a R2.4 billion expansion program in the rolled products business, increasing annual capacity of the rolling mill fourfold to 200 000 tons. The business was restructured and two additional shareholders were introduced, namely Anglo American and the Industrial Development Corporation, resulting in the Tongaat Hulett shareholding being diluted to 50%. 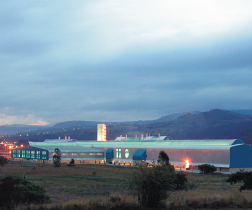 Following the expansion of production capacity and capability, Hulamin expanded its product range and sales reach into more than 65 countries around the world.

In 2006, Hulett Aluminium’s shareholders approved a further R950 million investment project for the Rolled Products business and this expansion was completed in 2009. In 2007, the company was unbundled from Tongaat Hulett and changed its name to Hulamin Limited, listing on the Johannesburg Stock Exchange, whilst facilitating the acquisition of a 10% interest in Hulamin by Black Economic Empowerment partners. 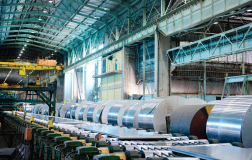 We continue to invest in aluminium rolling and extrusion technology to meet the requirements of our customers.

Recent investments have also had a strong sustainability focus. Hulamin recently took over as the operator and part owner of Isizinda’s bayside casthouse in Richard’s Bay and has invested in recycling infrastructure at our Pietermaritzburg site.